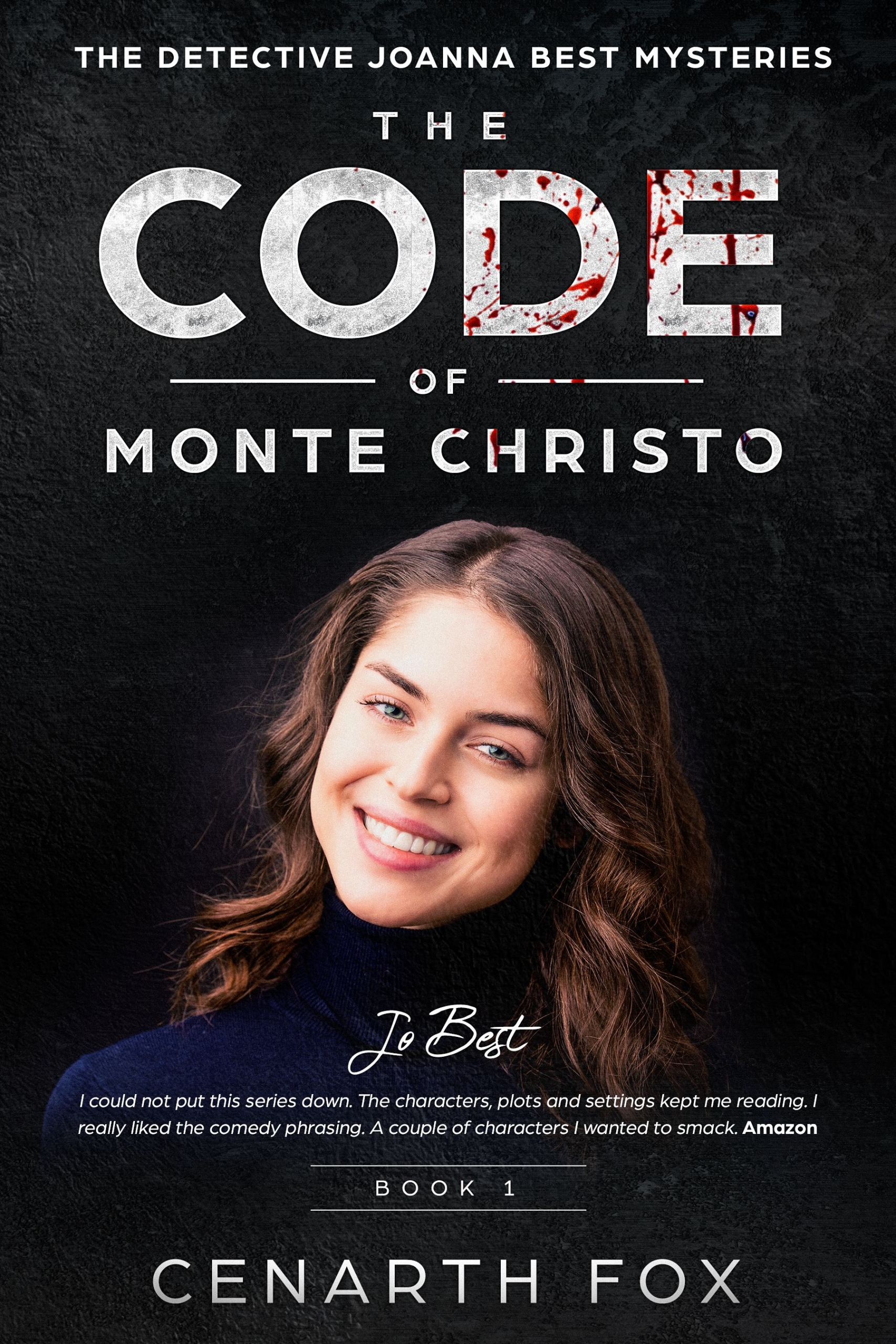 I write novels, plays and musicals. My novel genres are crime, thrillers, historical, Sherlock Holmes, and kids. My crime novel The Code of Monte Christo is free. It’s Book 1 of 8 in the series starring the homicide detective, Joanna Best. She’s brilliant. Crims hate her. She works with Michael Chan, the digital genius, and Dr Gabrielle Strange, the forensic pathologist and chocoholic. Together this trio solve murders, clash with seriously evil people, devour chocolate, and appeal to crime fiction readers like you. Click on the link below  and a copy of The Code of Monte Christo will be sent to your inbox in seconds. Enjoy. 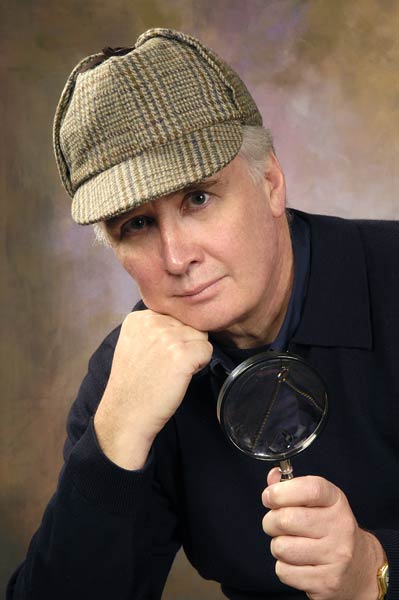 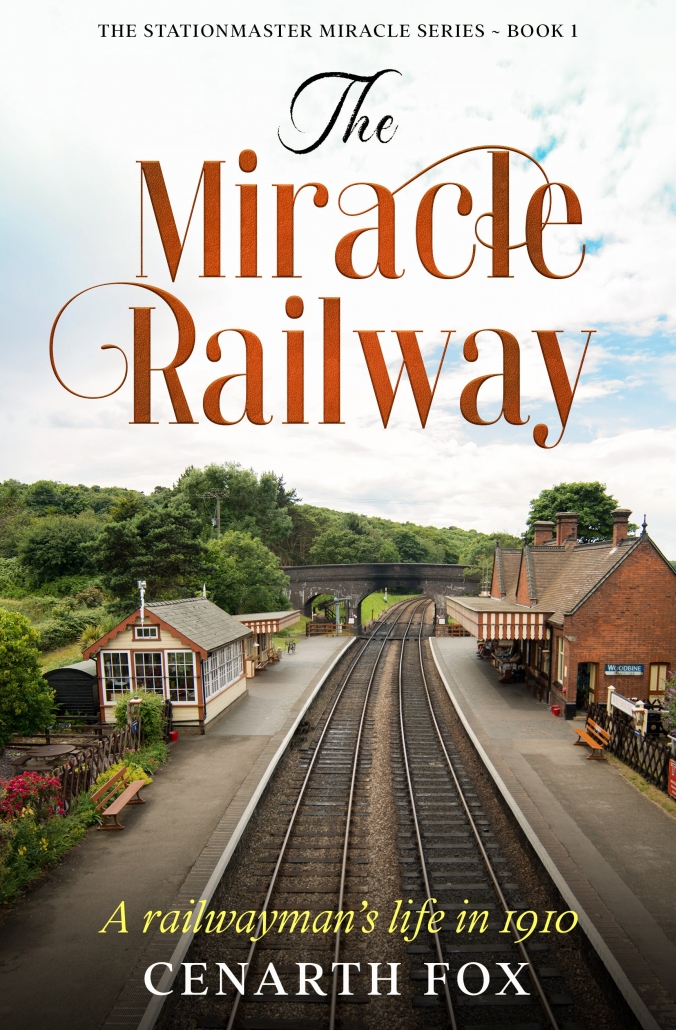 In 1910, 12 year-old George Miracle started as a station lad in London. His railway career lasted 50+ years. In-between sweeping platforms, carrying parcels and helping lost passengers, he’s arrested for murder, fights in a French trench in WW1, and becomes the youngest station master in England at a rural backwater where he’s conned by jealous colleagues. His branch line is dying. He meets a local Capability Brown and a novelist who writes limericks. He falls madly in love and tackles a crazy would-be murderer and armed robbers. Book 3 is The Miracle Railway where the King is a passenger. “May I see your ticket, Your Majesty.” George Miracle’s life is rich with comedy and crisis, oh, and quite a few steam trains.

It’s like someone from the times telling their experiences; it’s a pleasure to read.

Order from bookshops or online 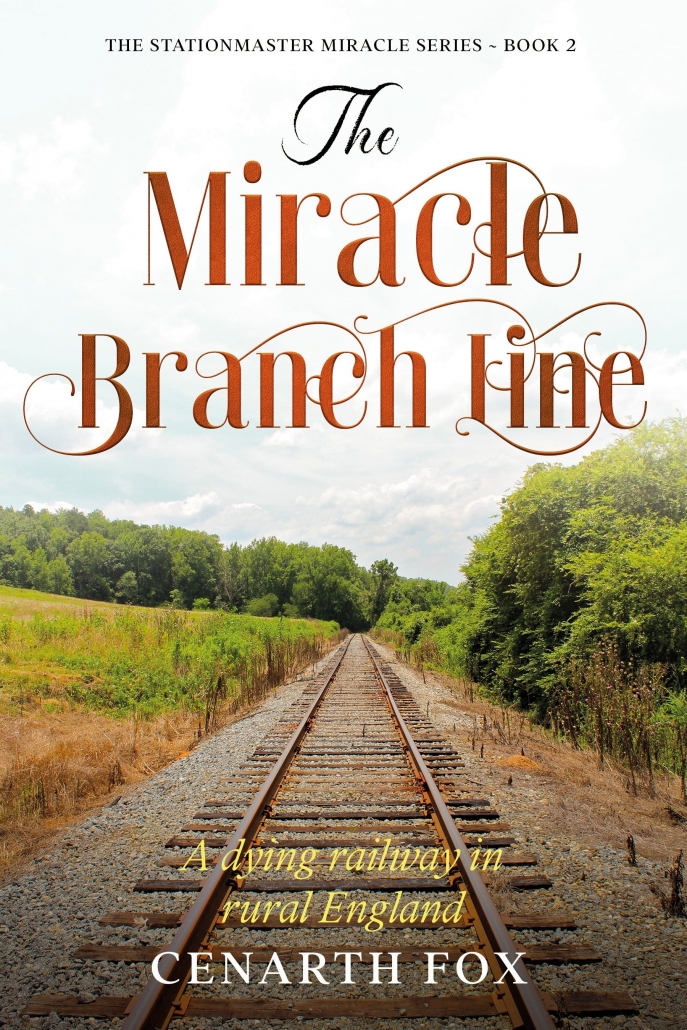 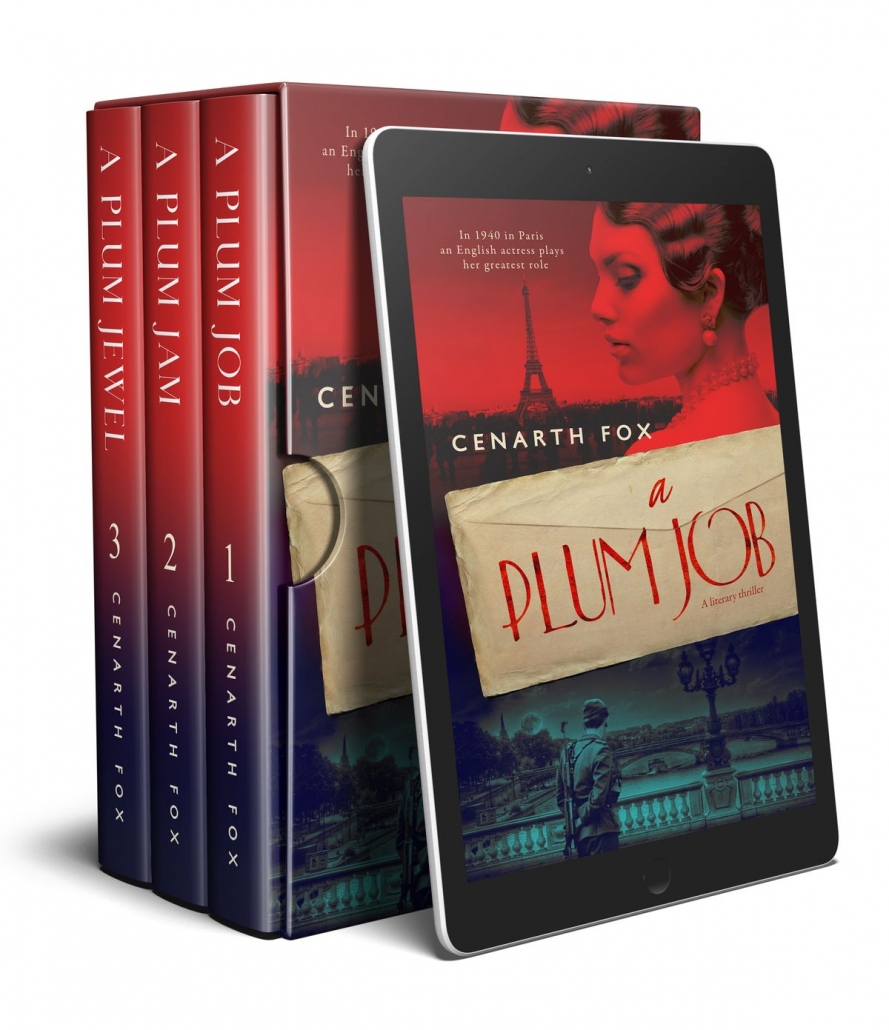 Louise Beatrice Wellesley, nicknamed Plum by her big brothers, is a brilliant and beautiful English actress studying at Cambridge in 1939. She’s recruited as a spy for the Secret Service and soon is on stage in a Parisian nightclub wearing a costume to shock her mother. Sharing a dressing-room with Edith Piaf is never dull. War begins and in Paris, Louise fights Nazis, the French police, part of the Resistance, and a British traitor. Back home at Windsor Castle, she joins a group of actors and stars in Cinderella before the Royal Family. When the IRA kidnap a Royal, the leading lady carries out a Girls-own rescue and so impresses Winston, he demands she join the SOE. Plum plays the role of a nun in Lyon, is captured and tortured by the Gestapo, fights an archbishop, climbs the Pyrenees and, back in London, uncovers a mole in Baker Street thanks to someone who knows Sherlock Holmes. Go girl.

I have read 100’s of books on WW2 both fiction and non fiction. I can honestly say this trilogy will go down as one of the most enjoyable. All 3 books were riveting. I adored her. I really can’t recommend these books enough.  Amazon 5 stars

A Plum Jewel is the third in the series about a beautiful young actress turned spy. In the opinion of this reader it may be the best. Cenarth Fox has loaded this tale with so many twists and obstacles the reader may feel the need to take notes. Mr. Fox’s knowledge of the working of wartime Britain and France is remarkable. The reader is right in the middle of the action. I can’t recommend this book strongly enough.

Jonathon Sweeping became Oliver Twist before Dickens was born. In a London slum, his young parents battled poverty, disease and heartache. Forget schooling. Shove the child up a chimney. Make young Sweeping a sweep. Threaten him, injure him but never pay him. No wonder death and stealing dominated society with children fronting the Old Bailey. What hope for the boy? Jonathon moved from prison hulk to convict ship to the other side of the world where Van Diemen’s Land with its stunning natural beauty became a war zone. It was kill or be killed as genocide exploded. The boy became a man fighting injustice, cruelty and bushfires. He started a family and together they lived, loved and built a new nation in what became Tasmania. This is Jonathon Sweeping’s sweeping saga.

Mr. Fox tells a marvellously researched tale of loss and redemption in the untamed bush of Van Diemen’s Land. The descriptive detail and historical accuracy make A Sweeping Saga a joy to read. This reader has even nominated it as required reading for my writers’ group.  Amazon 5 stars

I really enjoyed A Sweeping Saga and couldn’t put it down. I was so disappointed when it was over. It has to appeal universally. Jonne Finnemore 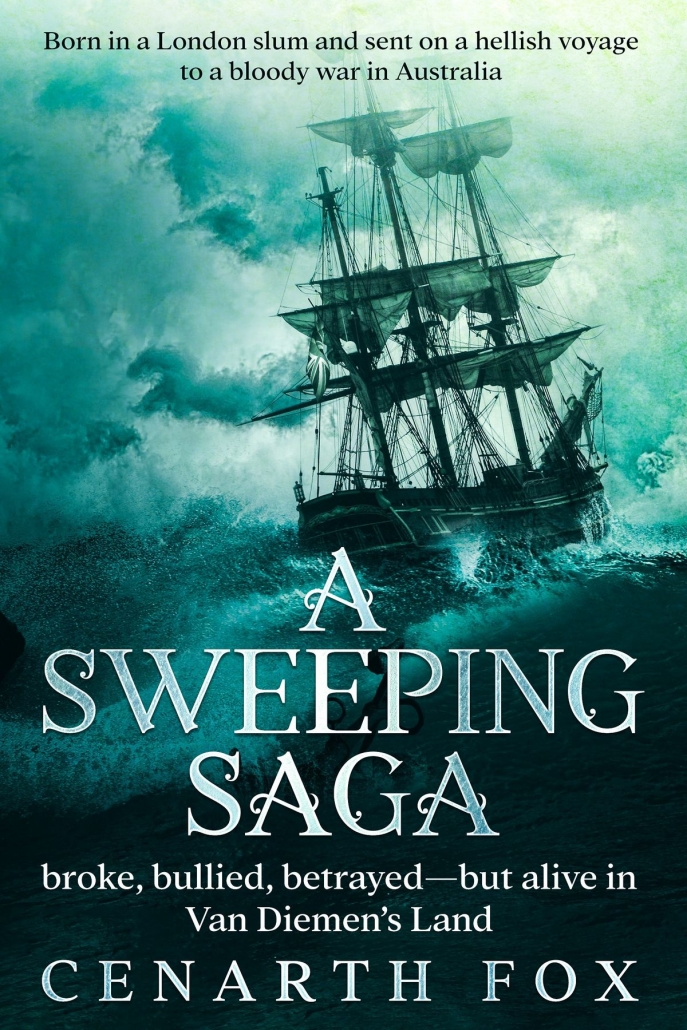 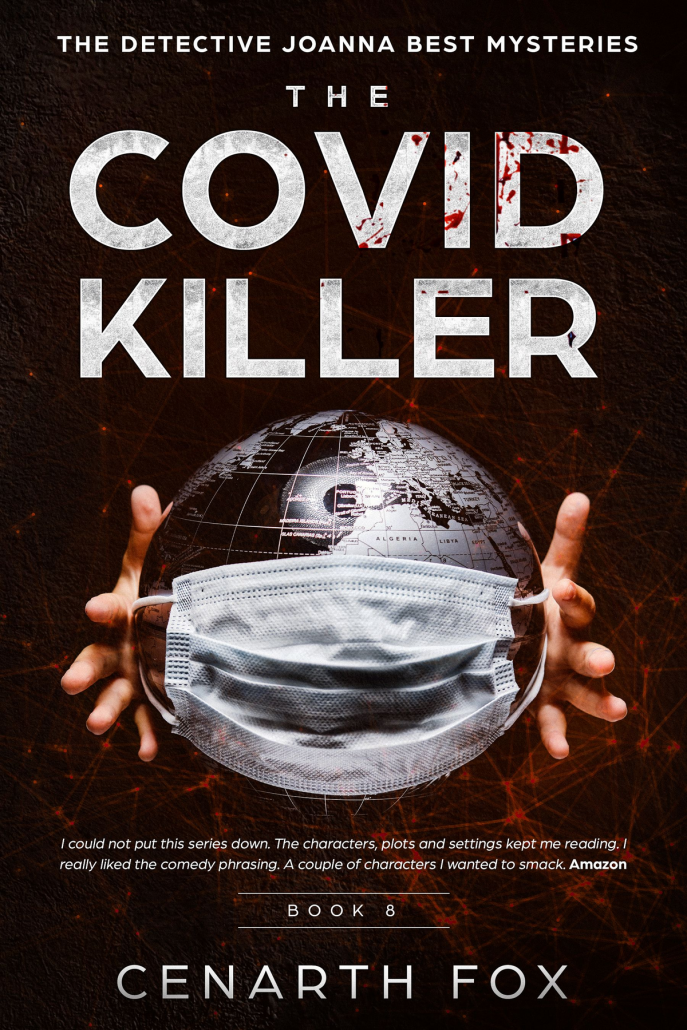 I could not put this series down. The characters, plots, settings, kept me reading. I really liked the word comedy phrasing. A couple of characters I wanted to smack. 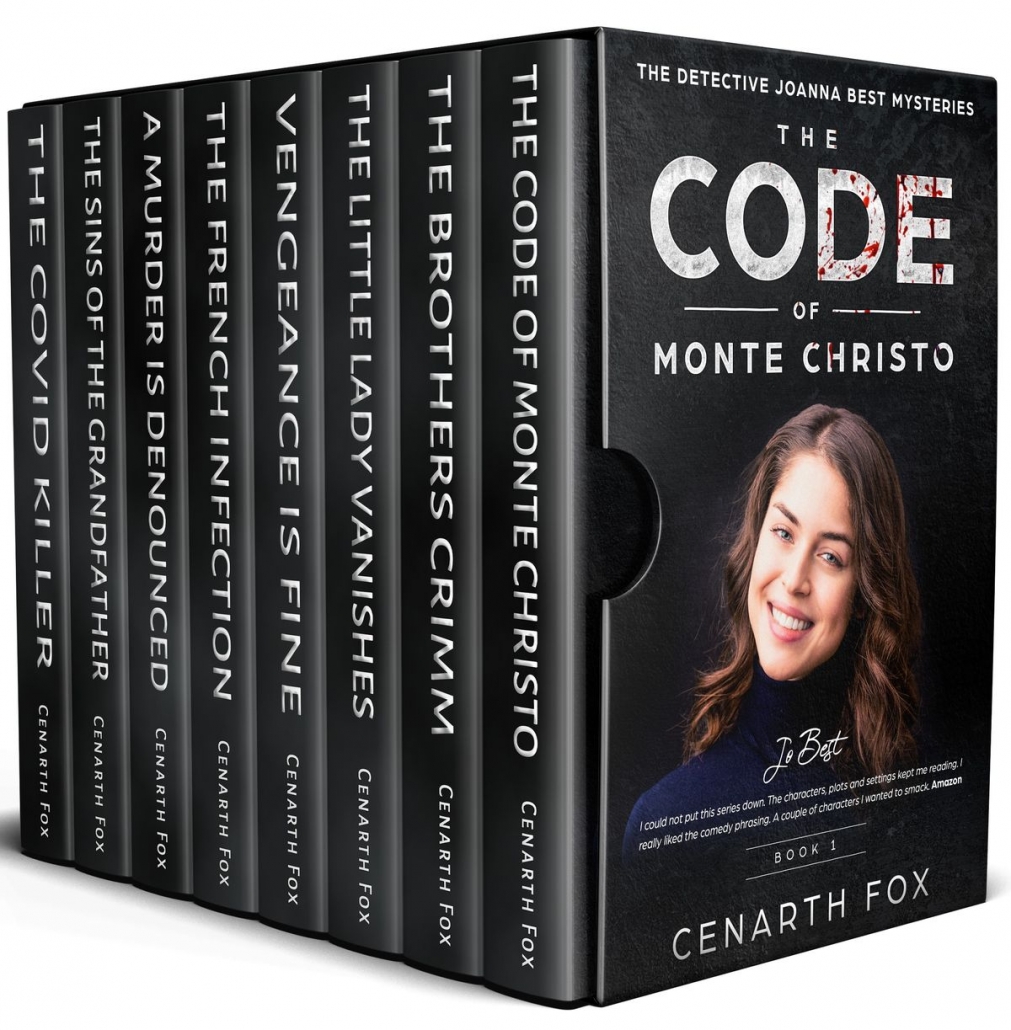 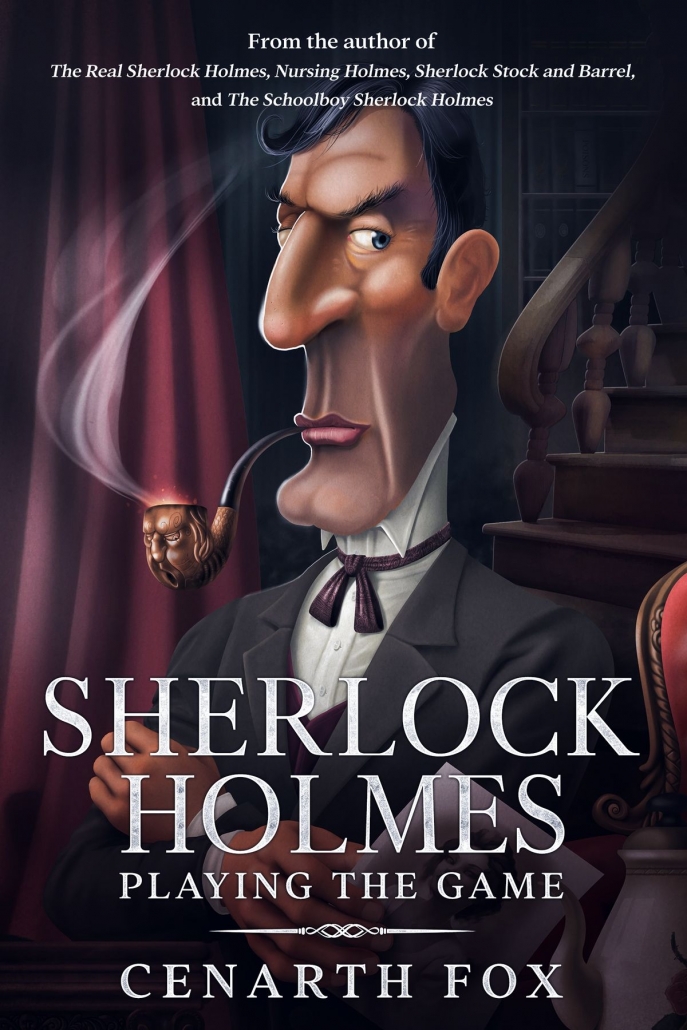 The great man is soon to retire. On his last night at Baker Street, the loyal landlady drops a bombshell. Holmes is staggered. Mrs Hudson has done what!? Sherlock Holmes never

panics—until now. Dr Watson arrives and is stunned. It’s their greatest challenge. Sir Arthur Conan Doyle is furious. A famous author turned WW1 counter-intelligence spy is on the case. The Strand Magazine smells a scoop. Inspector Lestrade from Scotland Yard plans revenge, and at stake is the brilliant reputation of the world’s most famous consulting detective. His only hope is to ‘play the game’.

An extraordinary book, one of the most enjoyable pieces of Holmesian fiction I’ve read in a long time … a complex, ingenious and deliciously funny story of intersecting realities, and the conclusion is entirely satisfactory. I love it!  Roger Johnson

In the south of England after WW1, Agatha Crispie writes her mysteries – Murder on the Oriental Express, Witness for the Defence and The Rat Trap. Her second husband and his family despise her work. A writer, Dorothy S. Layers, pays a visit and Archibald is bowled over. The lights go out and Archie finds a body with a peg on its nose in the library. The old spinster, Miss Mary Mead, has a reputation for solving crimes. Then Agatha disappears. Has she been murdered! The new Belgian butler arrives. Hercules Grey-Cells is more like a detective. Enter Chief Inspector Sap from Scotland Yard. And when Miss Mary Mead returns, the family are in a spin. A comedy made hilarious if you know anything of the great Dame Agatha and her tales.

An hilarious spoof on the writings of Agatha Christie. All the characters are extremely stupid and the plot is as improbable as those of the original Agatha, but it is cleverly constructed and will have you laughing out loud at those ridiculous references to Christie’s book titles such as the absolutely essential “body in the library”, the extremely thick and overconfident policemen, the enigmatic and sharp Miss Mary Mead (Miss Marple), Hercules, and, of course – The Mousetrap!!  Yass Repertory Theatre 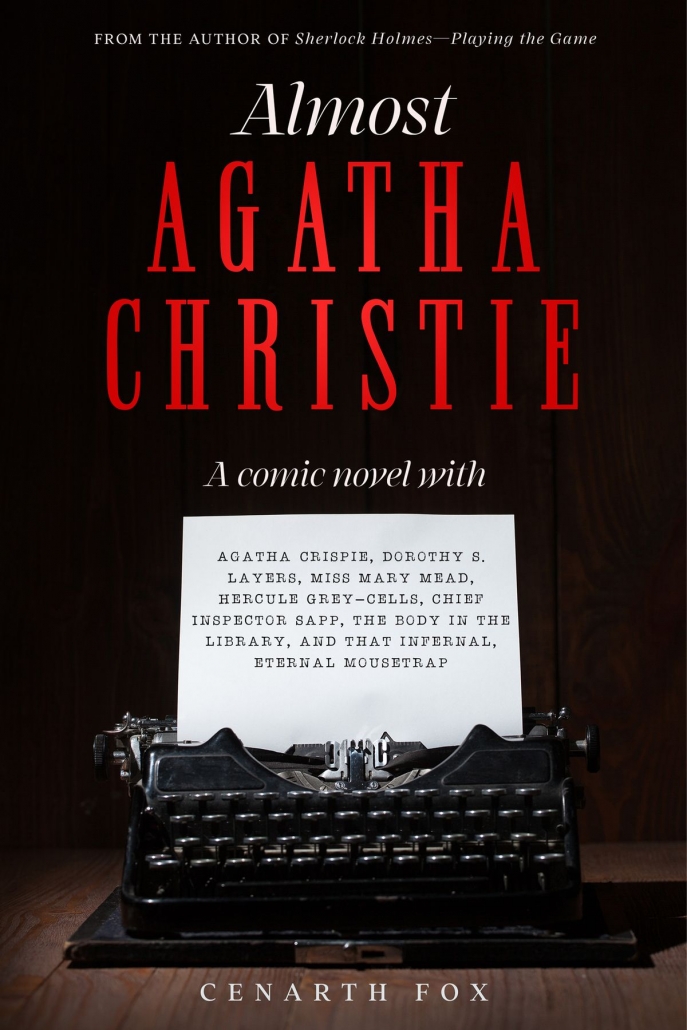 HOW TO OBTAIN BOOKS

Paperbacks available from Amazon or from bookshops.

Give the book title and author name to your bookshop. They will obtain the book for you from Ingram Spark the international distributor.

If you want a paperback copy signed by the author, contact Cenarth Fox.
cen@cenfoxbooks.com 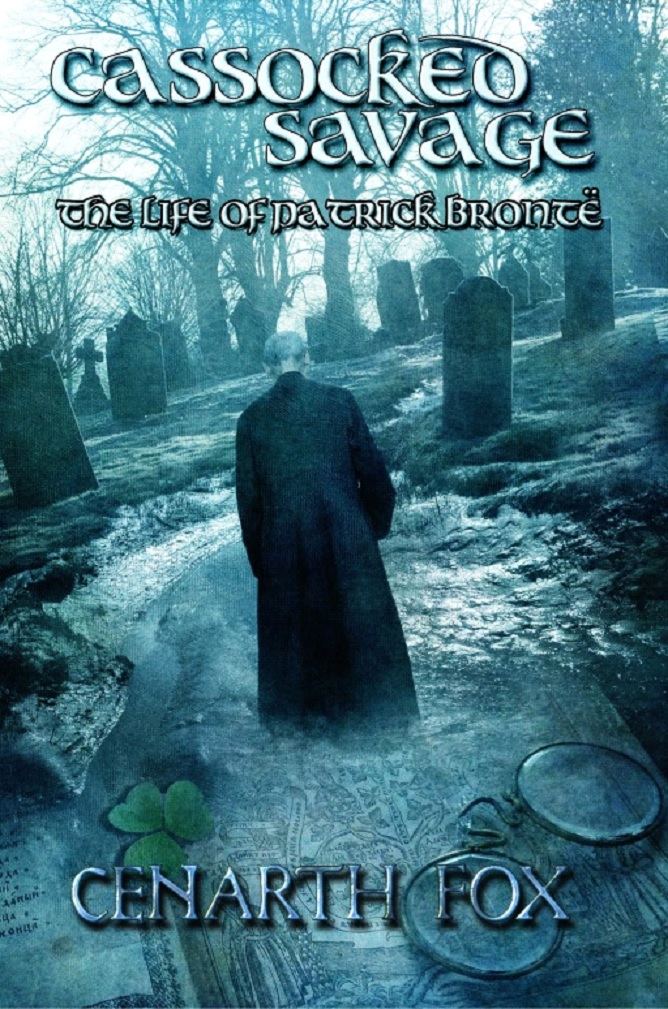 The life of Patrick Bronte. And what a life. An excellent mix of fact and fiction on the fabulous, and unfortunate  journey from poverty in Ireland to the Yorkshire I know and love. * A  splendid story reading like a Victorian melodrama and then the convincing tale of Patrick’s family life at Haworth. * From the creator of Saucy Pat the play 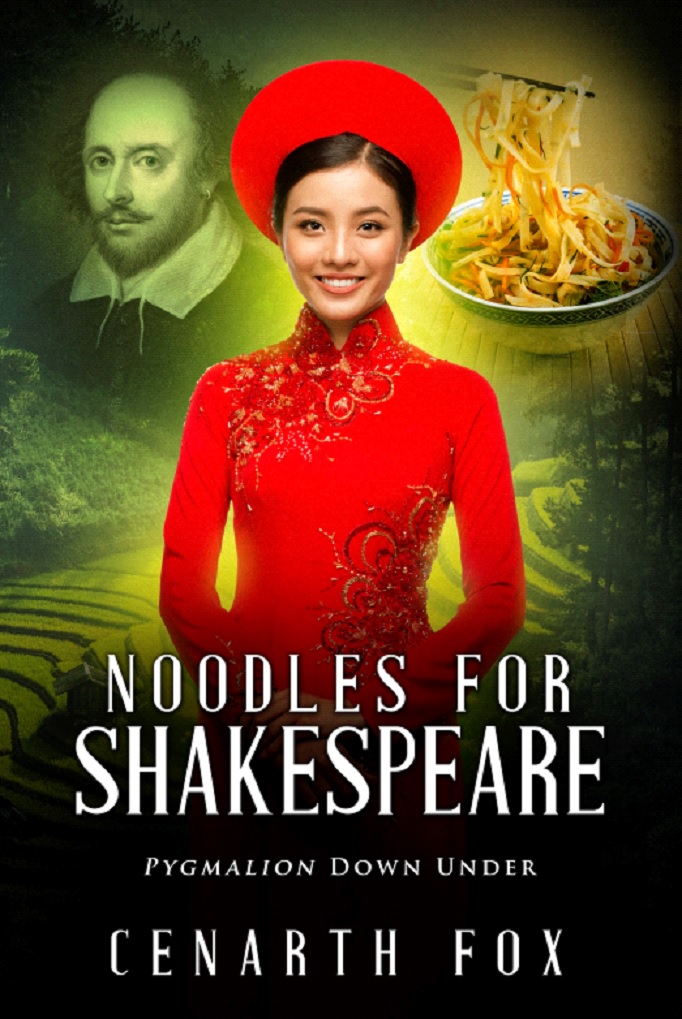 A young non-English-speaking woman arrives from Vietnam and learns Elizabethan English from a grumpy retired teacher. Verily, my Lord. Pygmalion Down Under. A beautiful, brilliant book which I couldn’t put down. * A most curious book, heart warming as well as very clever. *  I have finally read Noodles for Shakespeare and had to stop when on a plane because I was sobbing so much! 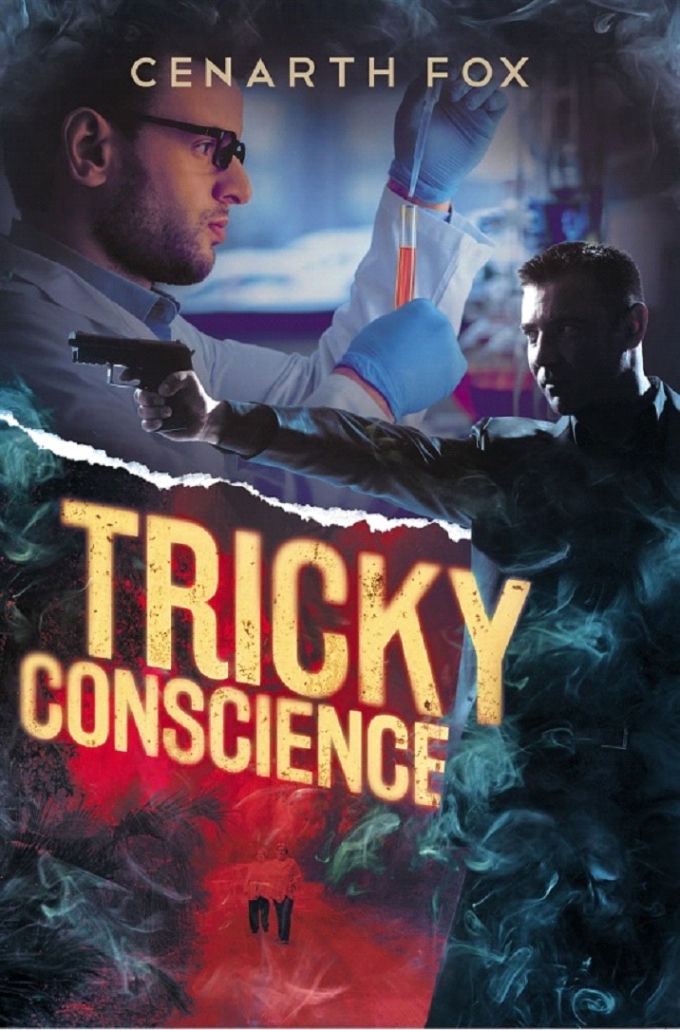 A scientist develops a conscience drug. It’s worth a fortune. What happens when criminals and politicians take the tablet? What happens when the cops take it? Fox does great villains. * The large cast of characters are well-knit into a varied and complex plot that never loses impetus. * A book I keep going back to read more gets a big tick.

Nicholas Twit, 11, lives in  Melbourne today and is nuts about  Sherlock Holmes. Nick’s bedroom  is a replica of the sitting room at  221B Baker Street. He even has a sign on his door. When the couple next door, Mr and Mrs Basket, start a detective agency called Basket Case Investigations, Nick is their sleuth. He teams up with Felicity, 14, to become Holmes and Watson. It’s Nick ‘n Flick. They solve mysteries using the methods of Mr Holmes. As well as the mysteries, there are puzzles, Twit-speak, Sherlockian snippets and word games. These books are a great way to introduce young readers to classic detective fiction. One of the stories has been used in a text book to teach English to thousands of French students. There’s even a bonus book on how to be a detective – all the equipment you’ll need, how Sherlock Holmes solved mysteries, how to crack codes and much more. 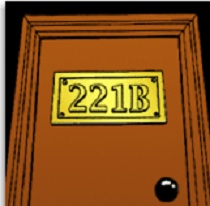 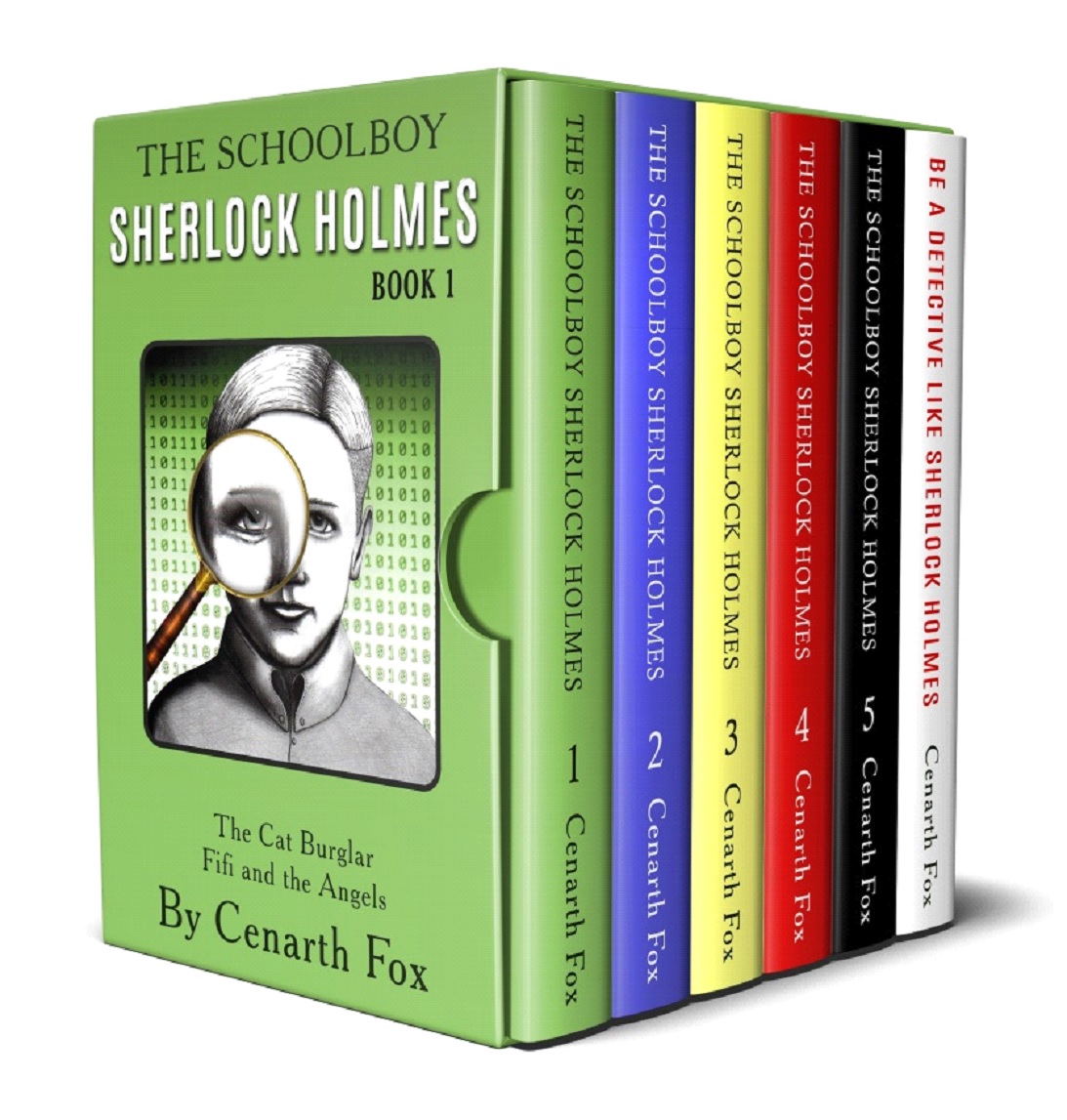 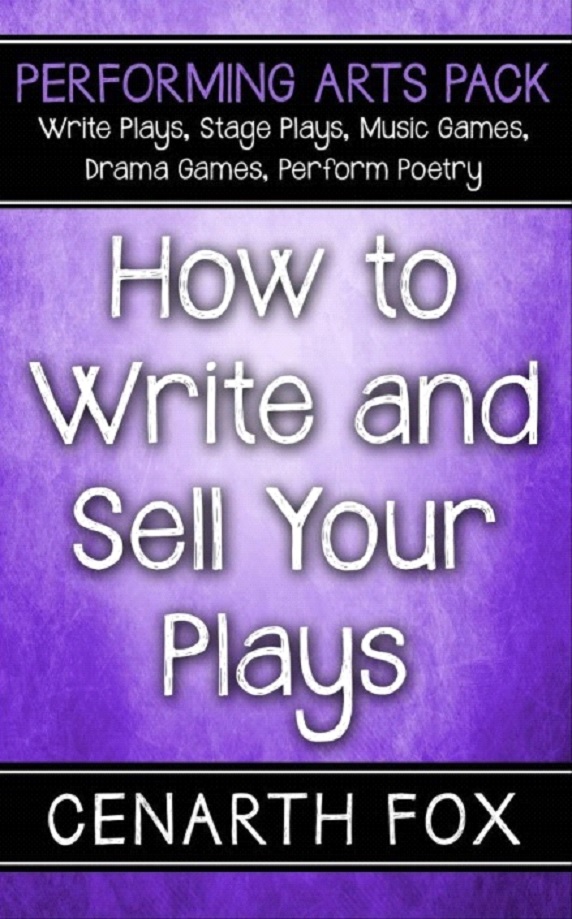 This e-book is a must for both beginning and advanced playwrights, whether you want your plays  performed locally or internationally, and even if  you want to perform them yourself. Lucy Myers I’ve been surfing the internet for information on how to write a play. And, there is a God, I’ve found my salvation in Australian playwright Cenarth Fox. Bill Frederick 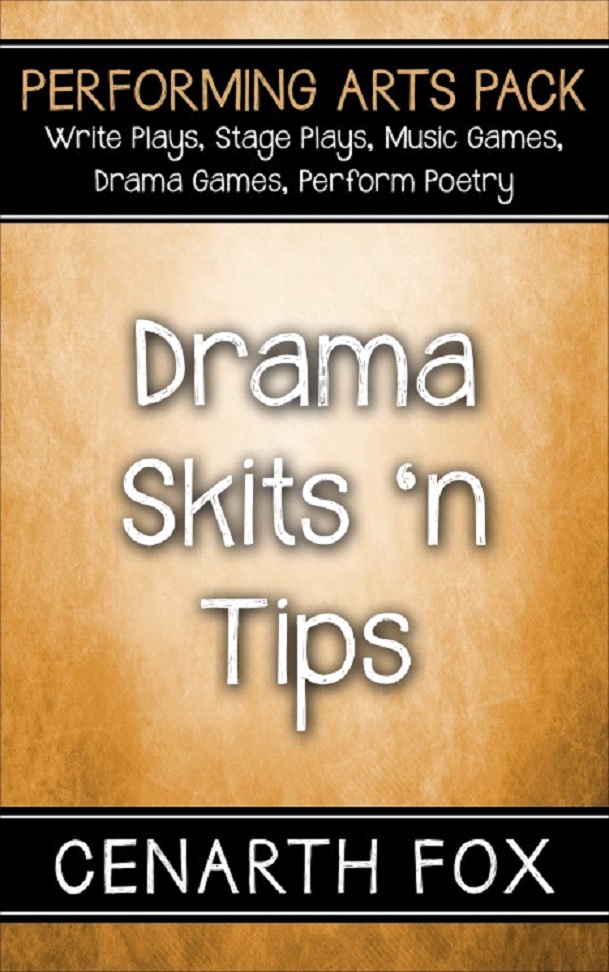 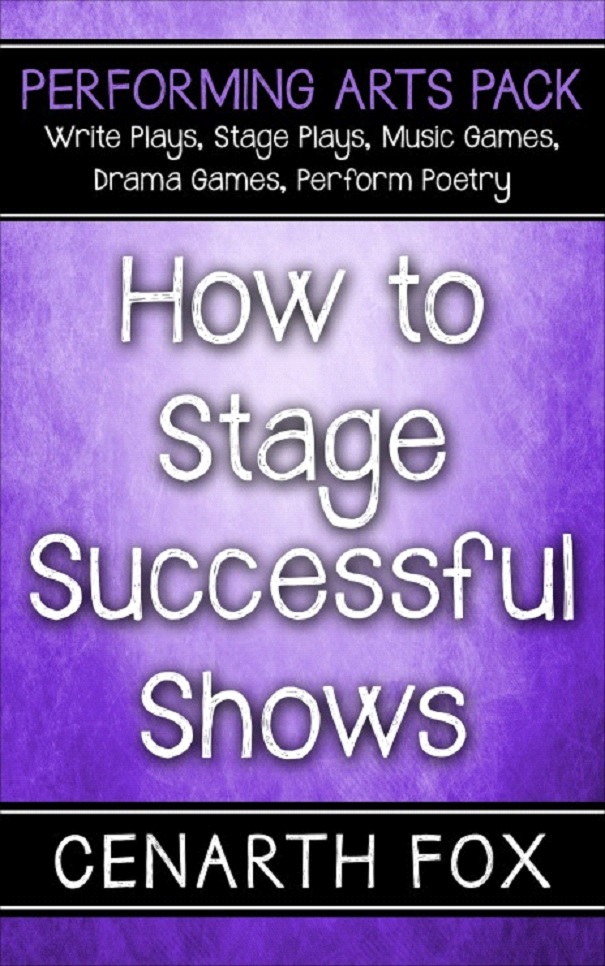 I’ve been directing musicals at Nanango SHS  for 18 years. I thought I knew pretty much all  there was to know about the job but recently read your book Staging Successful Shows and found there were some pretty damn good ideas there – things that I had never really thought of. Thanks for that. Ian Fraser 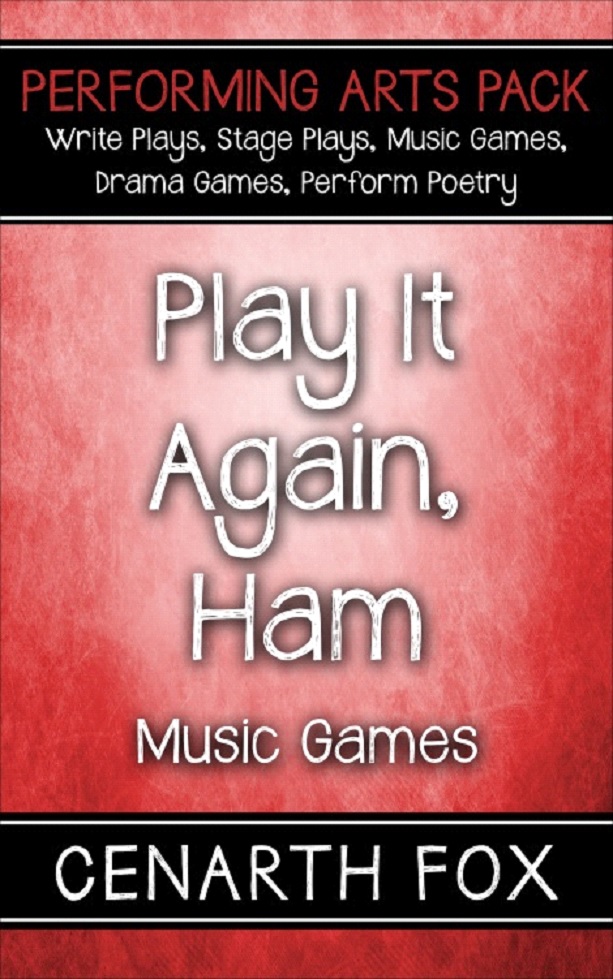 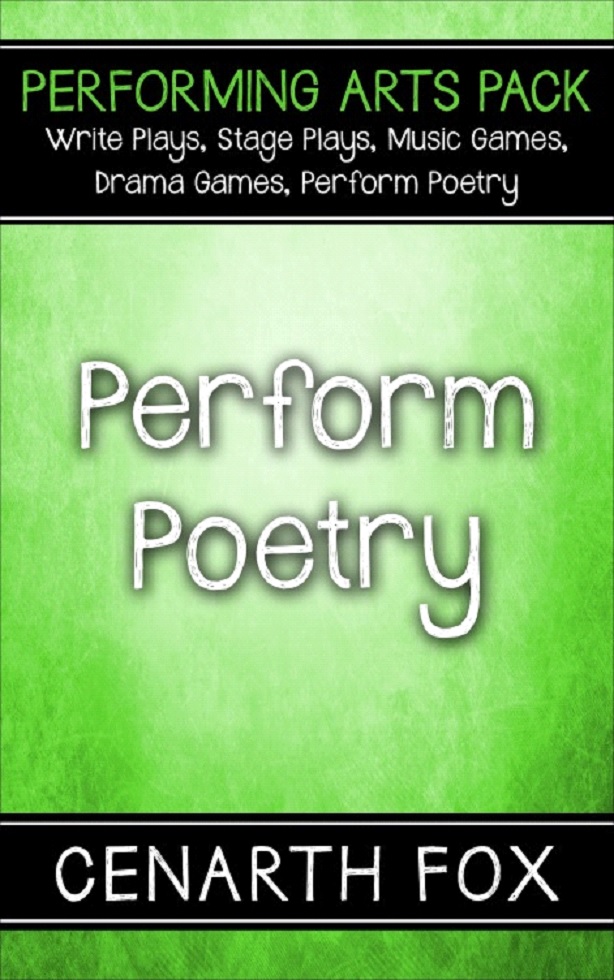 16 fun poems to perform in class, concerts, camps. Great as warm-ups. Use mime, simple sound effects and movement to tell the story as the poem is read. Royalty free. 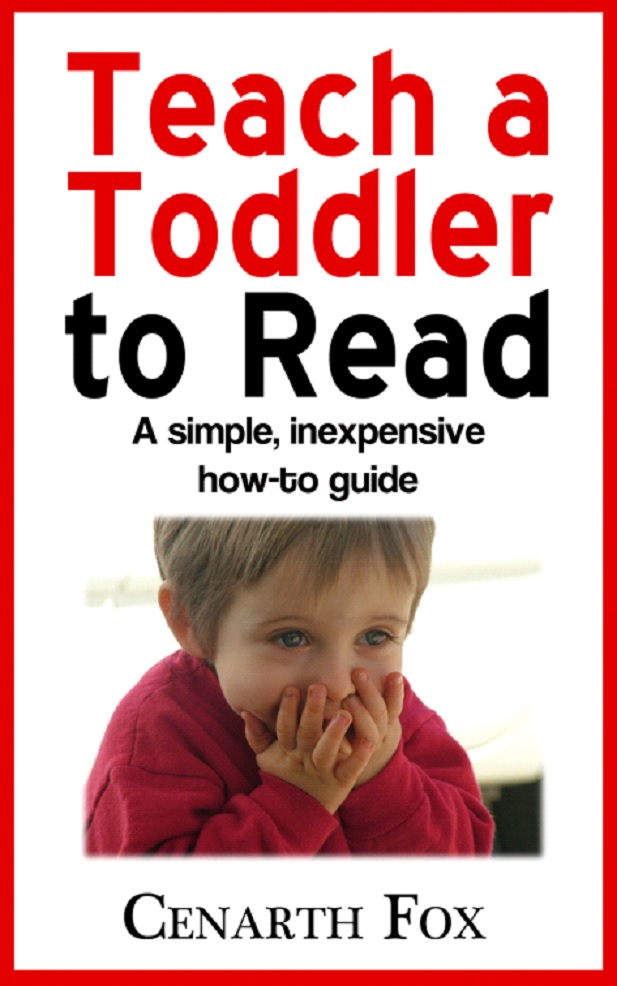 A detailed guide for parents and grandparents wanting to help their toddler start reading at a young age.

There are more than 50 plays and musicals for all ages on my web site—www.foxplays.com.
Here are few examples 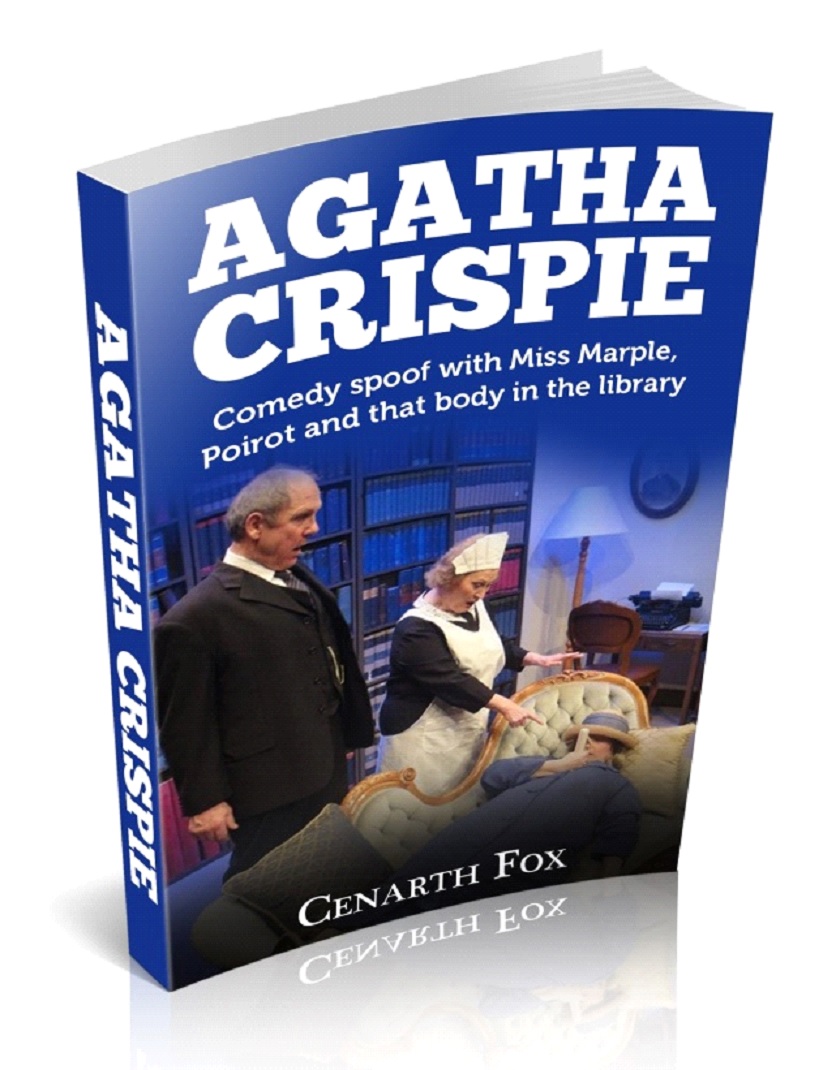 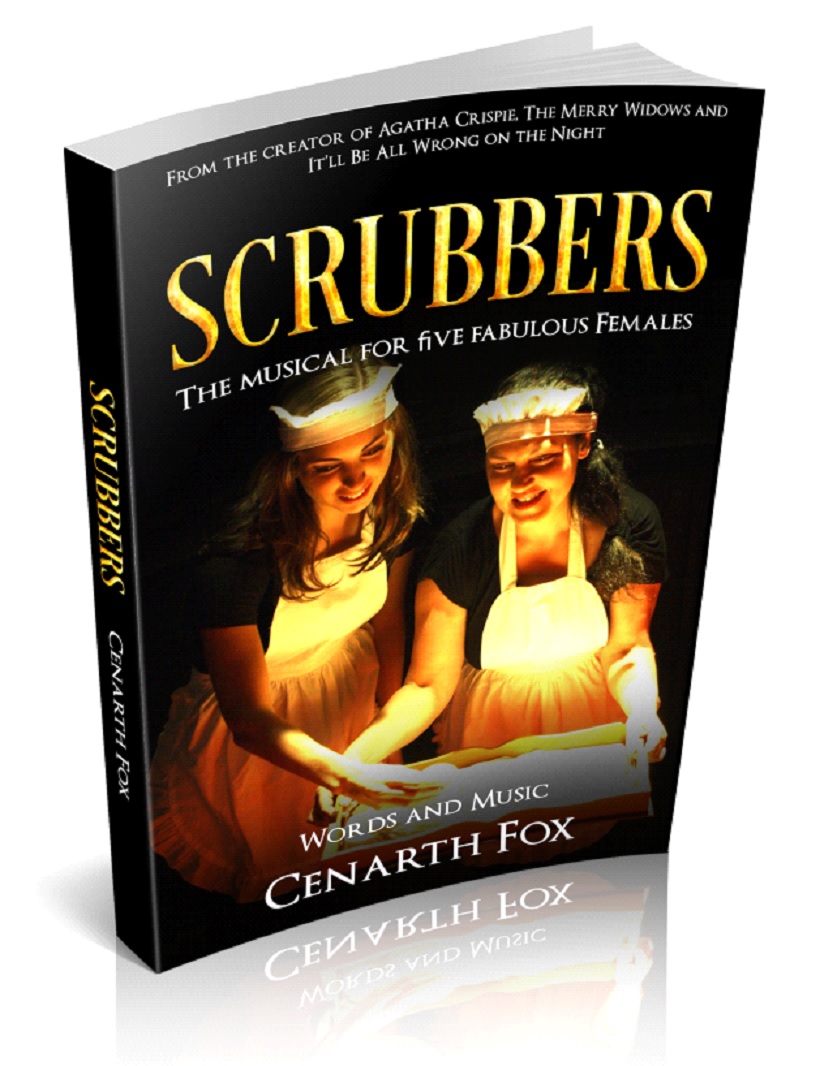 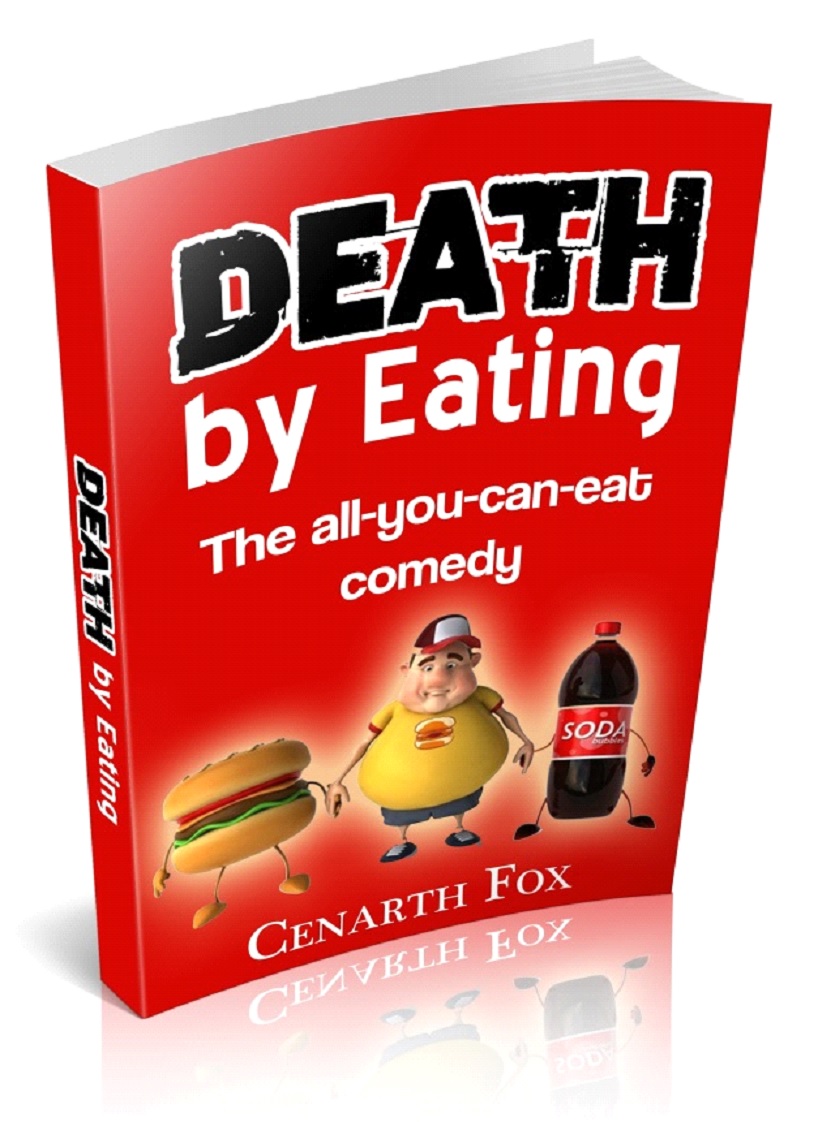 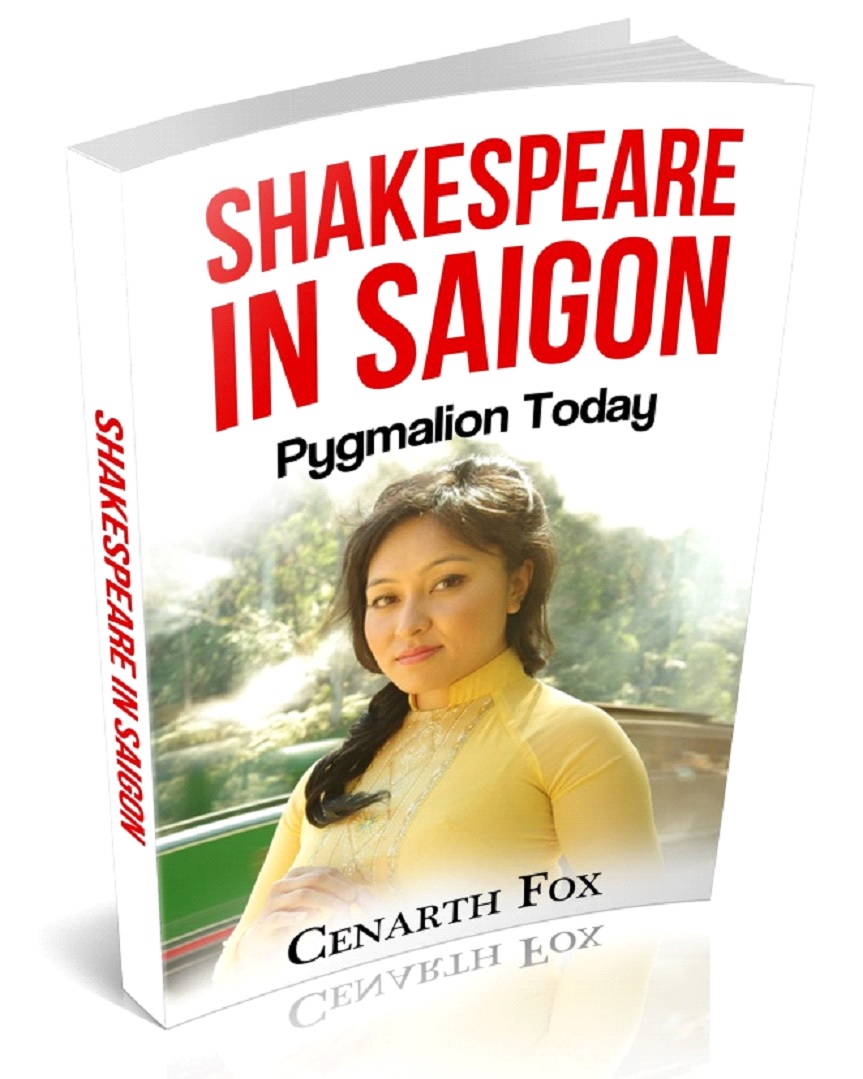